Wondrous Stories was a spectacular open-air show held in Birmingham’s Centenary Square from 18th – 20th March to kick off the Birmingham 2022 Festival.

Inspired by the stories of the city, past, present and future, Wondrous Stories was a show for everyone made by a local and international creative team. Featuring Motionhouse’s internationally renowned professional dance-circus company alongside a mass cast of hundreds from Critical Mass, Freewheelin Dance Company, Motionhouse Youth, Sampad and DanceXchange, audiences were wowed in large-scale immersive action and plenty of thrills as stories, a giant book and characters tumble out of the night sky.

Commenting on the delivery of the event, JA Productions’ managing director John Adkins said: “This was a multi-faceted immersive experience that included complex aspects of technical production. From the many ariel artistic performances to large screen projection it was a true visual spectacular and something that I and the team are very proud to have been a part of.”

This is the first of many exciting projects for JA Productions at the Birmingham 2022 Festival. 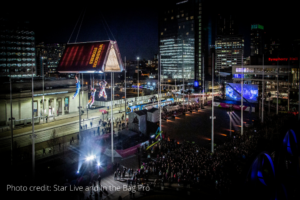 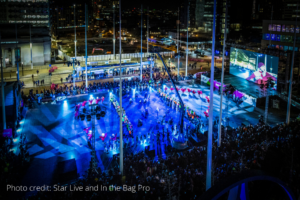 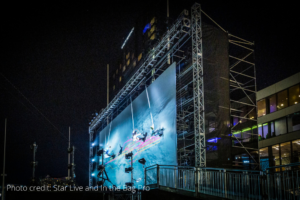